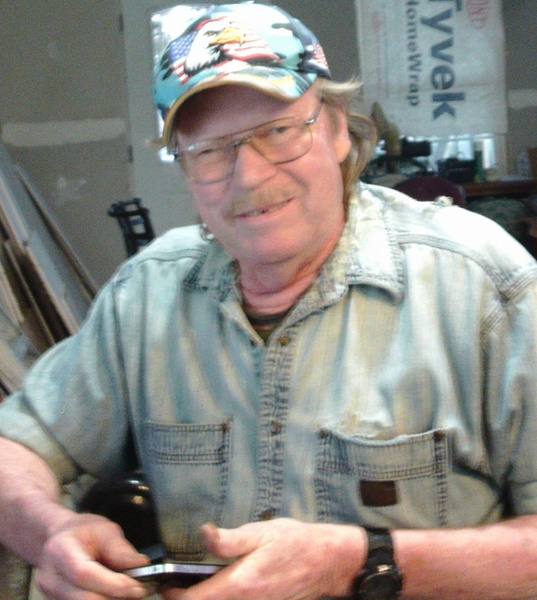 On January 2, 2022, Bill Mallard left this world after a long, long illness. Bill was born in Cleveland, Ohio on September 17, 1954. He grew up with his family in Abilene, Texas, graduating Abilene Cooper High School in 1971. From there, he attended North Texas State University and was a member of Phi Kappa Theta fraternity in Denton. Bill worked in the oil fields of west Texas, at Universal Glass Company in Dallas, and as a self-employed contractor before retiring in 2020. Bill moved to Terrell, Texas in 1980 and lived in the same house there for his last four decades. Bill was a singer and a songwriter and had one song with made it to the final stages of tryouts for “You Can Be a Star” TV program. He and brother Dave had a radio musical program on KPYK radio in Terrell for years in the early 90’s. Bill’s father, Willie B. Mallard, Jr. from Roby, Texas, Bill’s mother Lillian Irene (“Sue”) Kennat Mallard from Cleveland, Ohio, sister Ellen Virginia Mallard, and sister Laura Jean Mallard Zincke all preceded him in death. He leaves to cherish his memory his wife Sheila Harris Mallard; his brother David S. Mallard and wife Sherry Ann Dove Mallard of Lubbock, Texas; and nieces and nephews Michael Jude Mallard of Garland, Texas; Dr. Sarah Mallard Wakefield and her husband Noah David Wakefield and children Eli, Mac and Sam – all of Lubbock, Texas; Daniel Zincke and his wife Tracey and children Christian, Colton, and Camden of Wills Point, Texas; Stephanie Jean Zincke Poncy and her husband Clint Poncy and their children Omri, Cany, and Micah of Forney, Texas. He also leaves many, many other relatives and friends who are too many to mention but including his wife’s son Michael Pena, her brother Danny Zincke of Terrell, Texas, and Bill’s favorite guitar picker Terry Glen Miller. A celebration of Bill’s life will be held in the Chapel at Anderson-Clayton Funeral Home in Terrell, Texas, beginning at 10:00 a.m. Following thereafter beginning at noon will be a BAR B Q and music gathering at Bill and Sheila’s home at 806 Lawrence Ave., Terrell, Texas 75160. Bill now rests high on the Mountain, and those who remain hope to some day join him there in song and eternal joy.

To order memorial trees or send flowers to the family in memory of William Carl Mallard, please visit our flower store.