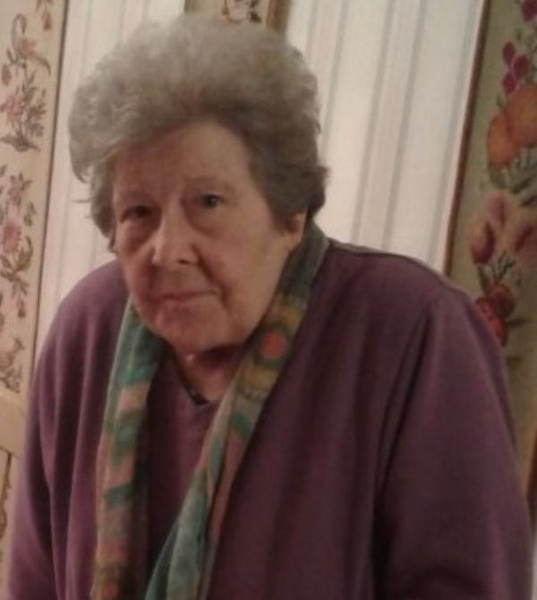 Mrs. Sonja McMickin of Kaufman Texas passed away peacefully in her sleep on Friday, April 1 2022, at the Sunflower Nursing Home in Kaufman. Born Sonja Friedl Dina Holzschuh on March 7, 1931, to Hermann and Anna Katherina Holzschuh in Stuttgart, Germany, Sonja was a loving, kind, and eternally indomitable  spirit who touched many a soul in her long, memorable life.

Sonja grew up learning to love life despite all of its challenges after surviving harrowing conditions in bomb shelters during World War II, losing her father to the war, and living for years without receiving any information about a missing brother who was captured as a POW and sent to camps in Siberia.

After arriving in the United States as a young woman in her early twenties, Sonja met, fell in love with, and married John McMickin, a World War II veteran of the US Marines. She never remarried following John's passing in February, 1975. In 2013, after a long  career spanning decades across several positions, she retired at  the age of 82 from the Dallas accounting firm of Robbins, Cobb, Jenkins & Associates.

Sonja had many interests and hobbies including theater, dancing, watching classic movies, swimming, reading, listening to music and attending live musical performances, and spending time with friends and her adopted families. She was a renowned chef and baker whose many specialties were enjoyed by all, and some of whose most memorable recipes have been passed down to her loved ones. Let it be known that anybody who scoffs at German cuisine has never had the good fortune to enjoy a meal prepared by her.

Sonja was an honest and trustworthy person and somebody that everyone loved to be around. She was always there when one needed her. She was an incredible sister, aunt, and friend, and despite not having any children of her own, she was the world's best "other mother" and most beloved Oma.

Sonja was preceded in death by her parents, her brother Karl-Heinz, her husband John, and her beloved doggie Lucky. She leaves behind her brother Wilfried Holzschuh, nephew Henning, niece Susanne, an extended family in Germany, her beloved doggie Boy, as well as countless other neighbors and friends across many families here in the United States that loved her and adopted her as one of their own.

To order memorial trees or send flowers to the family in memory of Sonja McMickin, please visit our flower store.