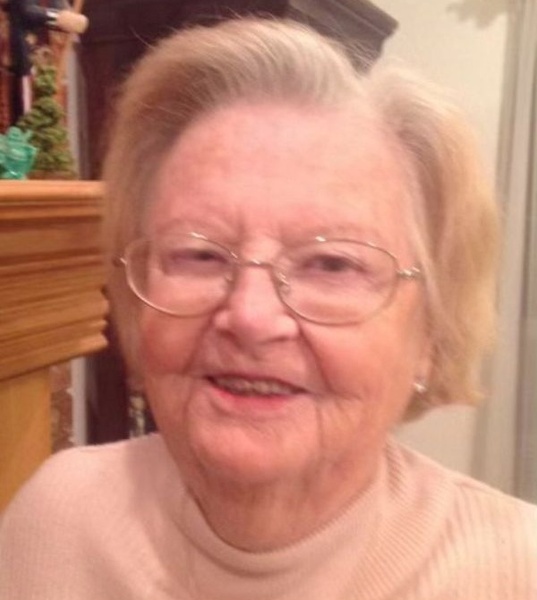 Nayadean Kozelski passed away on April 5, 2022, at the age of 96, in Forney, Texas. She was born December 3, 1925, on Basket’s Ranch, Pushmataha County, Oklahoma to Stanley James Tilden Ridgway and Betty Birdsong, both preceded her in death. Her husband Richard Raymond Kozelski passed on February 5, 2017.

Nayadean and Richard married on November 20, 1949 in Dallas, Texas. They were married 68 years, 2 months and 17 days. Nayadean helped Richard run their business, Kozelski Electronics, in Dallas, Texas for 20 years. They retired in 1982, to The “Tick” Farm in Atoka, Oklahoma. In 1996, they returned to the DFW metroplex to live near their daughter in Forney.

Nayadean loved to read, especially mysteries and westerns and enjoyed spending time in her garden. In High School, she was a member of the National Honor Society. Next she moved to Dallas in 1944, to work as Rosie the Riveter. She counter sank rivets on P-29’s, allowing them to get 600 miles more distance per flight, thus helping to win the battle of Japan and the Pacific. She was a volunteer for Congressman James M. Collins for many years, past member of the PrestonWest and Kaufman County Republican Women, the Atoka County and Kaufman County Republican Parties and the Kaufman County Master Gardeners. Nayadean was a member of the King’s Fort chapter of the Daughters of the American Revolution.

Nayadean had a deep faith and love of the Lord. She was baptized in 1944, and was a member of the Church of Christ for 78 years. She will be deeply missed by her much loved family that includes her daughter Kim Kozelski, nephews Brian and Reed Ridgway, sister in law Peggi Ridgway and her Corgi babies St. John and Lacey.

To order memorial trees or send flowers to the family in memory of Nayadean Ridgway Kozelski, please visit our flower store.