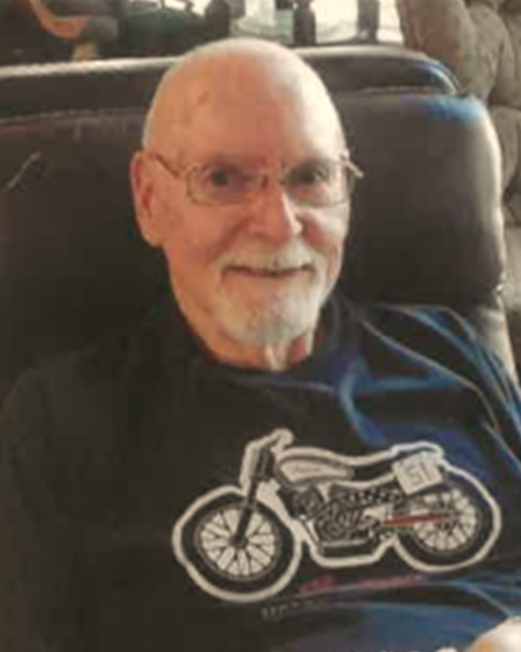 Ed Walters, age 77, passed away January 15, 2023. Ed was born in Jacksonville, Florida on October 8, 1945 to Jean R. and Edward J. Walters. Ed met the love of his life, Earline, at Decorah High School in Decorah, Iowa in 1961. Ed and Earline were married on June 25, 1966 in Joplin, Missouri and had five children together. Ed completed a Bachelor of Science in Business Administration at Pittsburg State University in Pittsburg, Kansas. In his lengthy career as a retail merchandiser, he worked for Sears, Margos La Mode, JC Penney and Master Halco. Ed and Earline moved to Garland, Texas from Ralston, Nebraska in 1968 while he was employed at Sears. After living in Garland, they spent time in Royse City, Texas and Rockwall, Texas before retiring to their beautiful, wooded acreage in Quinlan, Texas. Ed was a collector of many hobbies over the years. Motorcycles were a passion that began early in life and rekindled later in life. He was happiest while traveling the country on weeks-long motorcycle trips. His woodworking projects included a Grandfather Clock, Curio Cabinet and doll houses for his granddaughters. He always looked forward to hunting turkey or deer with his son, grandson and brother-inlaw. Other hobbies included collecting model trains, building model ships, raising livestock, gardening, RV camping, stamp collecting and researching anything historical. Ed was a parishioner at St John the Apostle Catholic Church in Terrell and a lifetime member of the Knights of Columbus. He was also a long time member of the American Motorcycle Association and the National Rifle Association. Ed’s greatest joy, other than his wife, was his children, grandchildren and great-grandchildren. Ed was a man of few words but could always be counted on to offer advice or give words of support when prompted. His dry sense of humor had a tendency to sneak up on you when you least expected it. Ed is survived by his wife Earline; sons, Ed “Butch” and wife Donna, Kevin and wife Leah; daughters, Heather and husband Joe, Lore and husband Jon; Grandchildren, Ryan, Halea, Amanda, Joey, Zack, Zane, Hollee, Colt, Olivia, Tiffany and Jourdin; Great-grandchildren, Gwynnie, Augustus, Kennedy, Taylor, Austyn, Waylon, Bryson and Emmy; Sister, Debbie and husband Howard; numerous nieces and nephews. Ed was preceded in death by his parents; his brother, Gary and his youngest daughter, Faithe.

To order memorial trees or send flowers to the family in memory of Edward Arthur Walters, please visit our flower store.